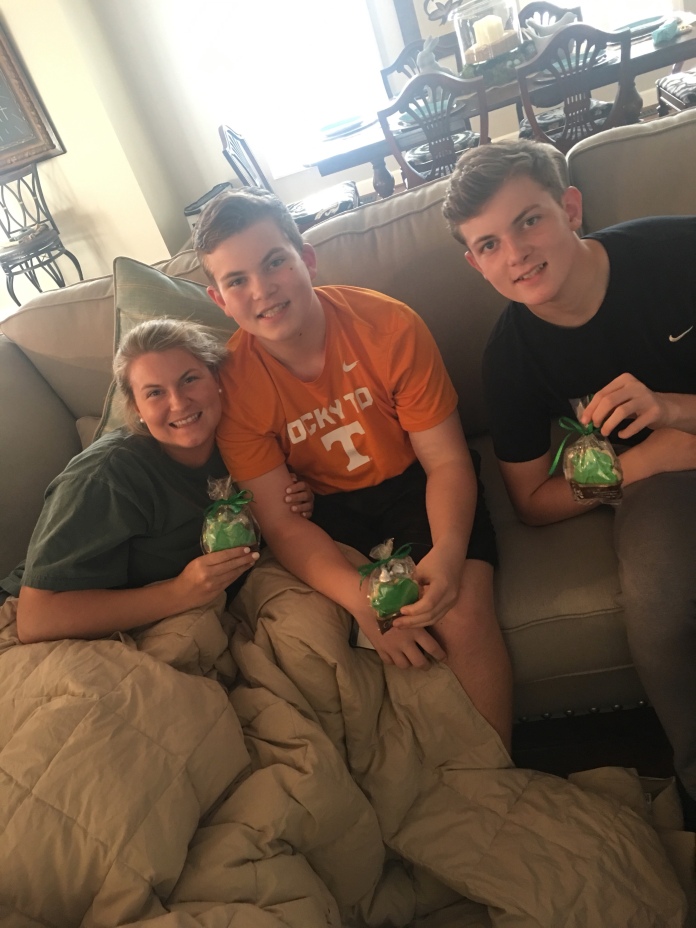 I remember the first gift I ever really wanted.

I was eight years old. It was an Earl Campbell football from the Western Auto store. I was a Houston Oilers fan and Earl was (and still is) my hero.

Santa came that Christmas morning and to my great disappointment- he brought a Tony Dorsett football. There had been an apparent mix up at the North Pole and I’d been given a football embossed with the name of the star running back of the rival Dallas Cowboys.

Fortunately, Santa made it right a day later.

As I’ve grown older, my thoughts about gifts have changed. Trips with Hollianne are cherished gifts, as were the births of our three children. I consider each time I see my parents as a gift.

I know a man who received a kidney transplant from his brother. I’ve read of another who received a heart from a complete stranger. Precious gifts indeed.

But the greatest gift we will ever receive came centuries ago.

This is love: not that we loved God, but that he loved us and sent his Son as an atoning sacrifice for our sins. 1 John 4:10

This was the ultimate act of love. Jesus died on the cross for the forgiveness of our sins.

Jesus died for the Jews and Gentiles.

The Republicans, the Democrats and the independents.

The wealthy and the poor.

He died for you and me.

He is the atoning sacrifice for our sins, and not only for ours but also for the sins of the whole world. I John 2:2

During my prayer time over the weekend I’m going to specifically focus on the sacrifice of Jesus and His willingness to die for you and me.

It’s the greatest gift ever.

Please let me know how I may pray for you.