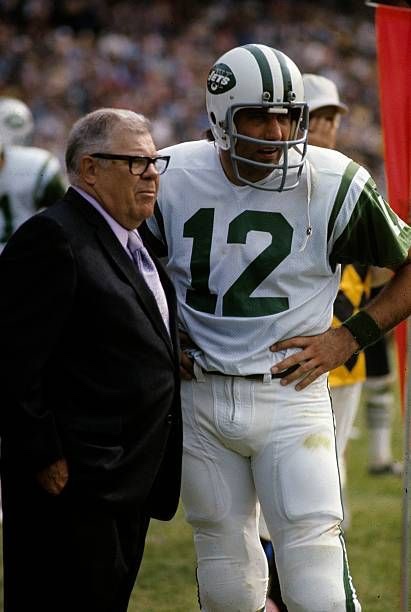 In January of 1969, the upstart New York Jets defeated the Baltimore Colts in what was considered one of the biggest upsets in Super Bowl history.

Most people remember Joe Namath’s famous prediction of a victory over the heavily-favored Colts. The bold statement made national headlines just days before the game.

What’s lost in the story were the contributions of the coach, Weeb Ewbank, and an eclectic mix of veteran and rookie players.

The Jets were successful because of their team environment.

What are the traits that create a successful team? I think that there are five:

Coach Ewbank did all of these things in 1968. It was a true team effort.

We know that the Bible has quite a bit to say about teams:

Two are better than one, because they have a good reward for their toil. For if they fall, one will lift up his fellow. But woe to him who is alone when he falls and has not another to lift him up. Ecclesiastes 4:9-10

And let us consider how to stir up one another to love and good works, not neglecting to meet together, as is the habit of some, but encouraging one another, and all the more as you see the Day drawing near. Hebrews 10:24-25

Jesus Christ died to give us freedom from death and power over sin. While He suffered alone, He never intended for us to face life’s obstacles by ourselves.

We need teams.  We need spouses, family, brothers and sisters in Christ.

Christianity, my friends, is a team effort.

Therefore encourage one another and build one another up, just as you are doing. 1 Thessalonians 5:11

Who are your teammates in your daily walk with Jesus?

My prayer this week is to strengthen my team…to encourage and lift up those around me so that I may also be encouraged.

Let me know how I may pray for you.